The photos, taken in 1951, illustrate various staged scenes of initiation rites to the Bwami association as it existed among the Nyindu. 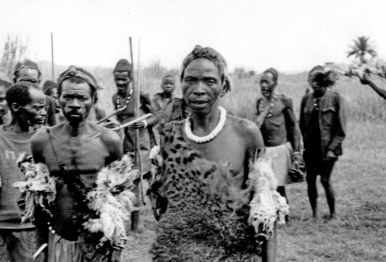 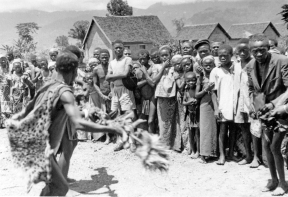 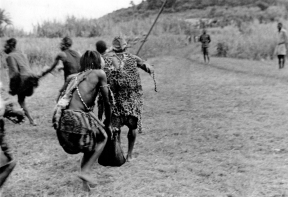 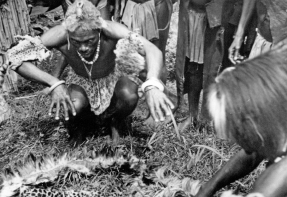 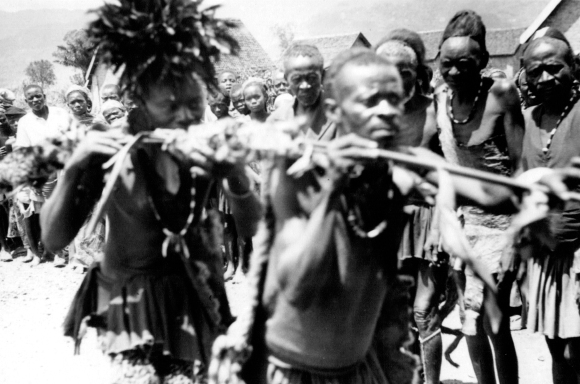 The distinctive headdresses are respectively made from colobus monkey, hyena hide, and leopard. The feather headdresses as worn in some of the Bwami dances; they partly include eagle feathers. Members shown in the pictures could belong to the lowest alemba grade and some to the highest ‘etasi (Kitasi) grade. Some are of the middle grade, called hingwi, and mukwendekwende.

Nyindu Bwami is called  Bwami bwa ‘e‘umbu, like among the Bembe. It coexists with a central political organization headed by a chief (mubeza) of the Batumba dynastic group. Some high-ranking Bwami members form part of the college of ritual experts linked with chieftainship.

Among some of the initiation objects illustrated in the photos, there are: